adidas Skate Copa has arrived in Australia!
After the epic success of last years inaugural skateboard shop teams competition series in America,
adidas Skateboarding has committed to an international roll out of this incredible event. 2015 will see the
best skate shop teams in the world converge on The Berrics in Los Angeles for a one of a kind final in
September 2015.
adidas believes in legitimate skateboard shops as the backbone of the global skateboarding scene, and is
proud to open the invitation to what we believe are eight Australian shop teams who are amongst the
most legit in the game.
On August 22nd the heaviest shop sponsored skaters representing Beyond (wa), Fast Times (vic), Geelong
Skateshop (vic), Momentum (wa), Lodown (nsw) Skatebiz (qld), Street Machine (vic) and U.P.S (nsw) will go
head to head at The Park in Geelong, Victoria. The winning team will receive an all expenses paid trip to
America to skate the finals against some of the best shop teams in the world in an effort to be crowned
Skate Copa Global Champions, and score their share of a $10,000 prize purse.
In addition to the teams comp and to celebrate the launch of adidas Skateboarding’s super comfy, highperforming
Boost™ technology, Skate Copa will feature a bump-to-bar best trick event called BOOST THE
BAR. The custom built obstacle is free and open to anyone on site on the day of the event with cash prizes
up for grabs.
Boost™ transfers energy back to your foot for a comfortable, dynamic ride. The new Durado Boost is built
on tooling of the game-changing ADV Boost and brings exceptional step-in comfort and the best impact
protection in existence to a sleek soccer-inspired upper with a modern twist. In the midsole, Boost™
Foam absorbs shock better than any other foam-based cushioning system.
For event details visit https://www.facebook.com/events/693649784102182/
Share and follow the story:
@adidasSkateboarding
@adidasau
#ADIDASSKATEBOARDING
#adidasSkateCopa 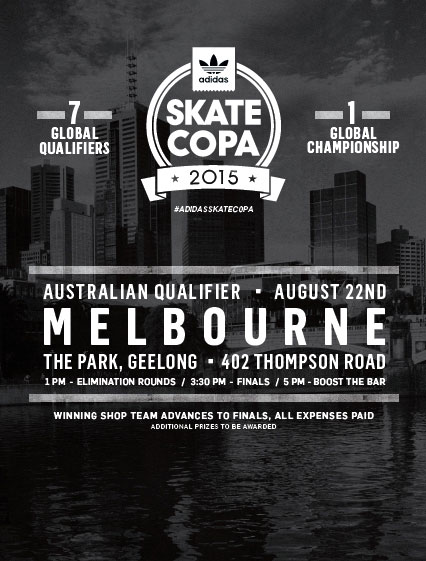 Congratulations to @geelongskateshop for taking out #adidasskatecopa Australia 2015!
Geelong took home $750 cash plus an all expenses paid trip to America to skate the finals @berrics against some of the best shop teams in the world on the 19th of September in an effort to be crowned Skate Copa Global Champions. 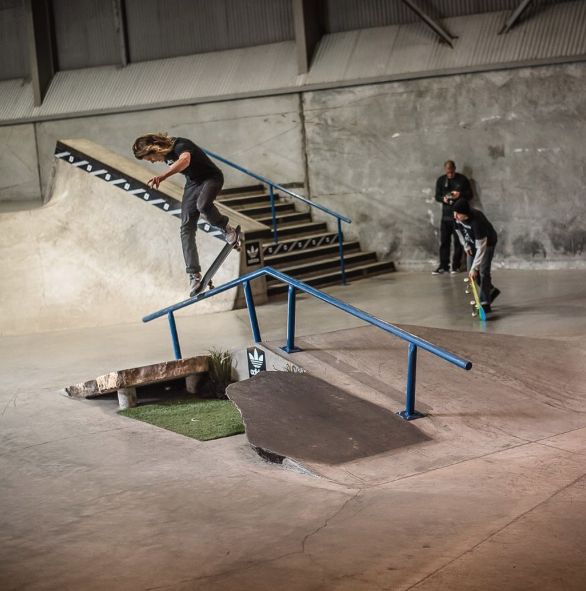