The Vans Pro Skate Park Series Global Qualifier tour is officially midway to Malmö and skateboarding’s first-and-only park terrain World Championships, sanctioned by the International Skateboarding Federation as the definitive park terrain crowning event, to be held in Sweden this August. Arriving in Vancouver, B.C. this weekend, the Vans Park Series will challenge the world’s best skateboarders to prove their ranks at the legendary Hastings Skatepark, for the penultimate stop in deciding who will be the Top 5 Challengers to join the 15 PS Select Pros in Sweden.

Touted as one of the most demanding courses in the world, Vancouver’s legendary Hastings Skatepark is a true skateboarder’s paradise. Offering a multi-faceted transitional concrete park design, the Hastings Skatepark rewards big, fast, and aggressive riding. With every run slated for remarkable potential, the Vans Park Series Vancouver Global Qualifier promises glory for the eager contenders arriving in British Columbia this weekend.

For the Challenger rankings, rising star Tom Schaar is the highest scoring contender to date, placing him in the running for one of five coveted spots to compete against the exclusive 15 PS Select Pros in the World Championships. With Canadian newcomers adding to the drama in Vancouver, rankings can shift drastically as each skater earns valuable points in pursuit of the championship invitation.

The all-new Vans Park Series World Championship skatepark in Malmö will be the world’s first built-to-spec park terrain legacy construction and is being donated by Vans to the community of Malmö, Sweden for leading the world with their progressive support of the city’s youth through skateboard programming and activities. 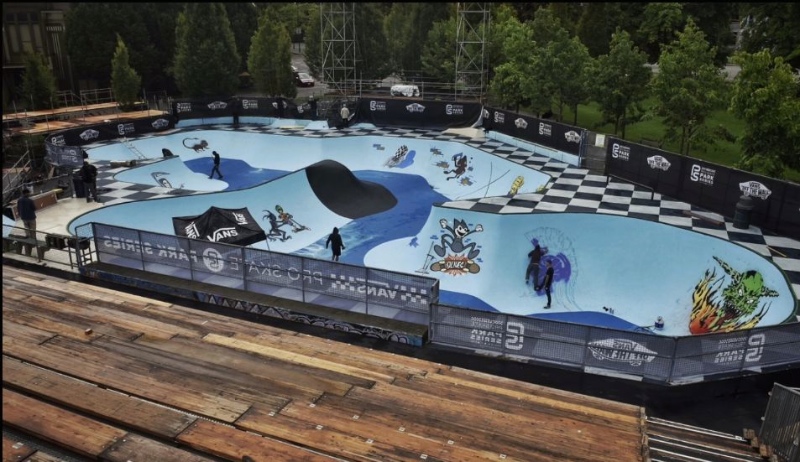