FORUM > SKATE > A DIY ARTICLE BY A GUY WHO DOESN'T DIY

A DIY article by a guy who doesn't DIY

Hi, my name is Jim and I have confession to make... I didn't help build any of the DIY in this clip / article and I'm writing about it as if I did. I also skate these DIY spots as if I worked really hard on them but nope, didn't help. I did help load something on a trailer so other people could do the actual work but that was the extent of my hard yakka. Now some people may think that's a shit c**t move and they'd probably be right so that's why I was nominated for the inaugural Belco Rails Shit C**t Of The Year Award (SCOTY) under the reasoning I don't help with DIY and skate it as if I did. So I'd like to take this opportunity to plug my SCOTY campaign and say VOTE 1 @JimsFatHead #SCOTY 2018.

In my defence while I wasn't physically there for the building part I know the effort that was put in because I occasionally checked in on the progress via Instagram chats saying things like Rad! Good job boys, sorry I can't I help I have the kids. There was even a time where a few of the DIY heroes met at one of the spots at 10pm to work because the shop next door was open late. I said f*ck that and was lucky I was "away for work" that night.

The foreman responsible for the majority of the recent builds was a guy we'll call Puke Brown. We can't use Puke's real name because he has a life/job that may not approve of him sneakily building cool shit for people to skate. Puke is basically the Banksy of the Canberra skateboarding scene except for the fact that everyone knows who he is and no one wants to give him money for his work. The reason Puke went on a DIY spree is because he was turning 40 and like the legend he is he wanted to put on a rad skate day where him and his friends could skate some fresh DIY crete. Unfortunately for Puke he managed to pick the only Saturday in the back half of 2018 where it rained in Canberra. That's classic Puke, takes a week off work to slog himself labouring just for it to rain, poor bastard. He at least got a bit of help to build during the week, it just wasn't from me. #SCOTY

Ethan getting on the cans 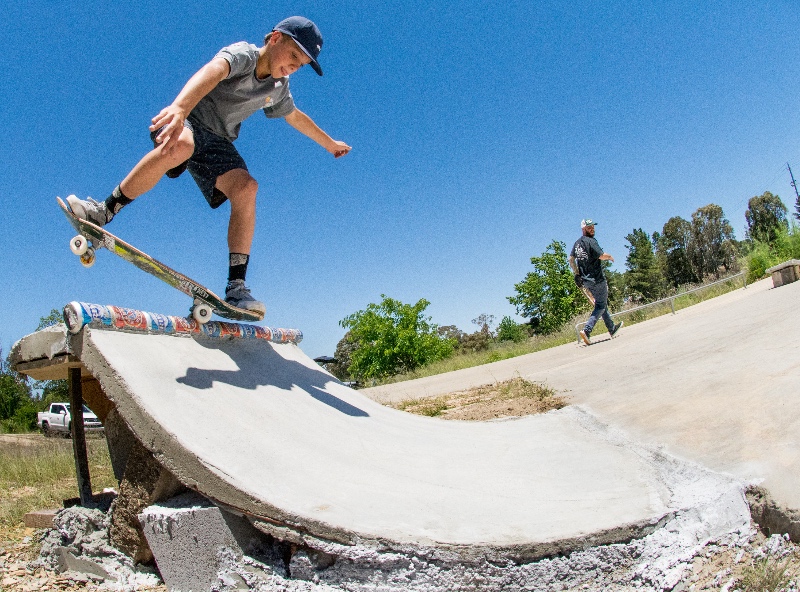 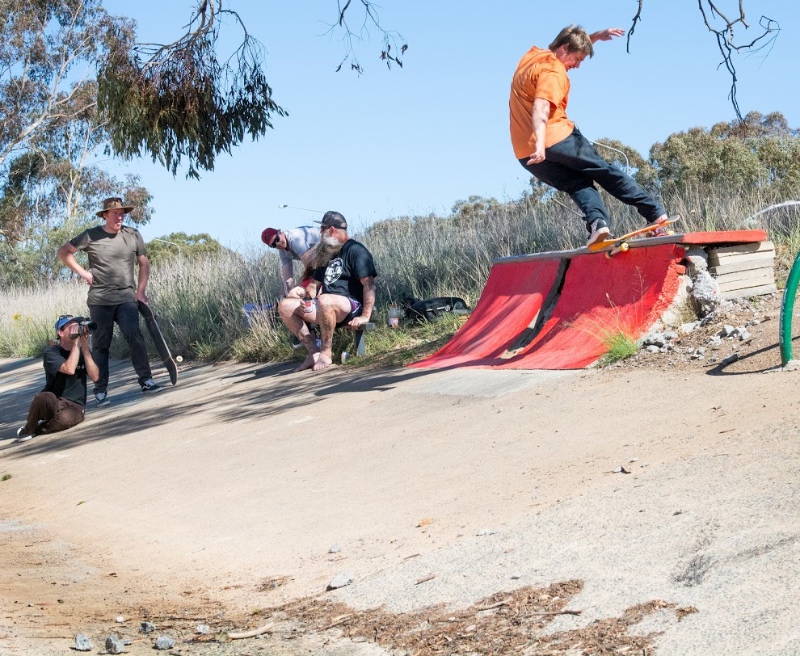 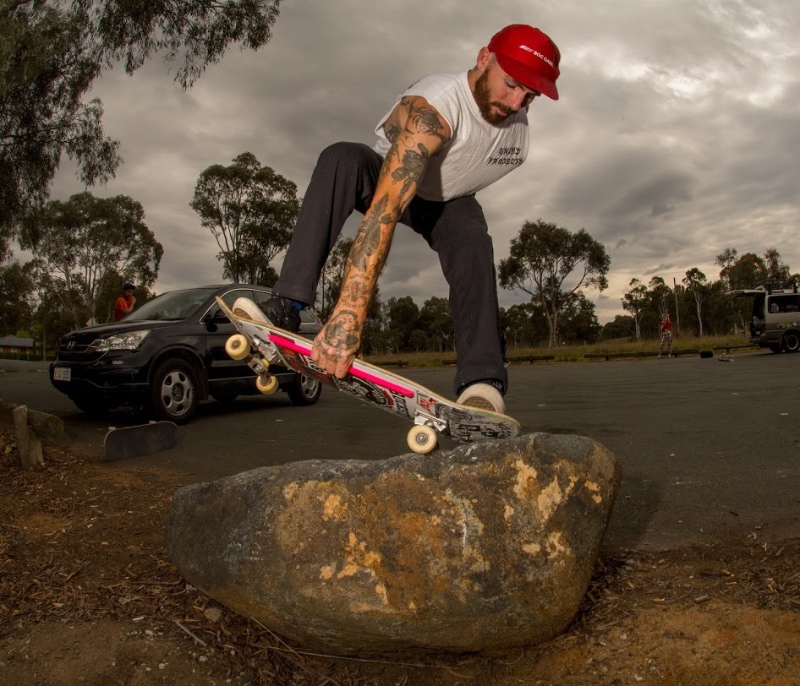 Sam Giles - bs flip from flat over the kicker 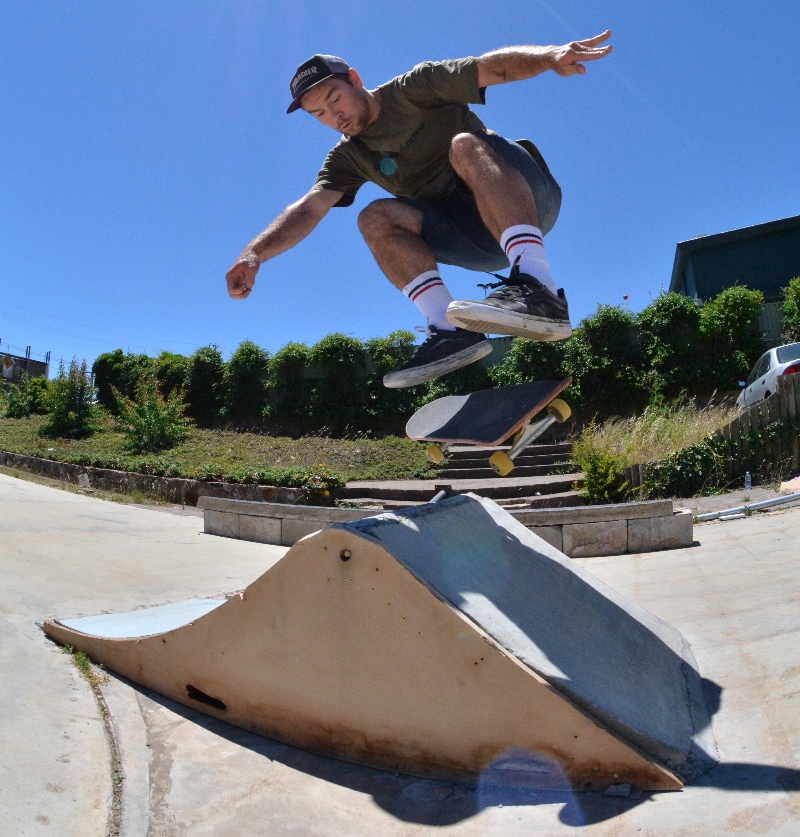 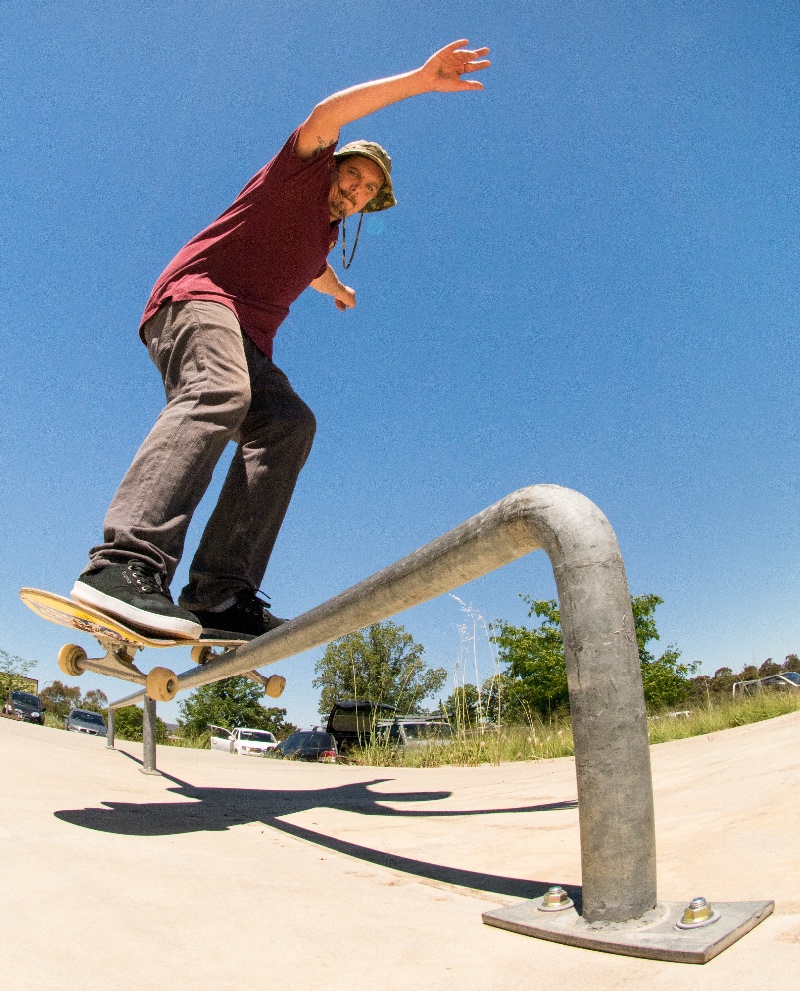 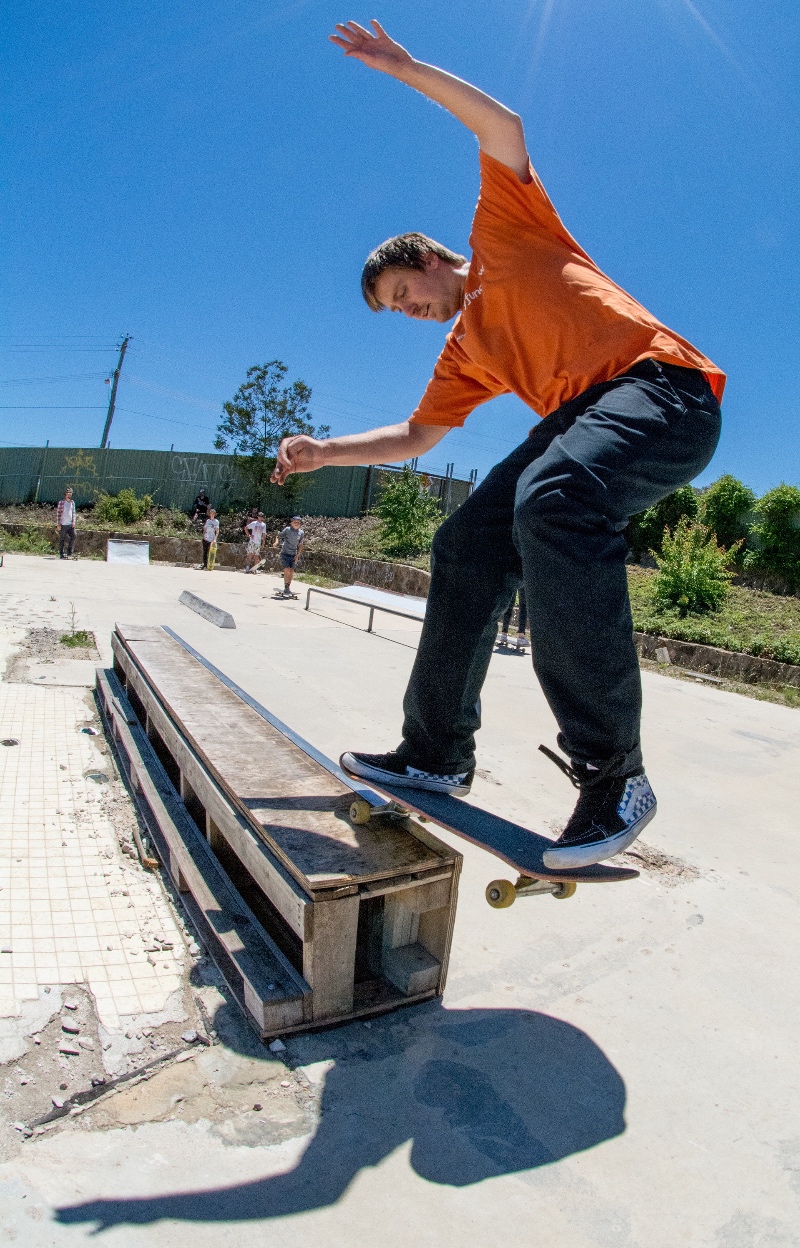 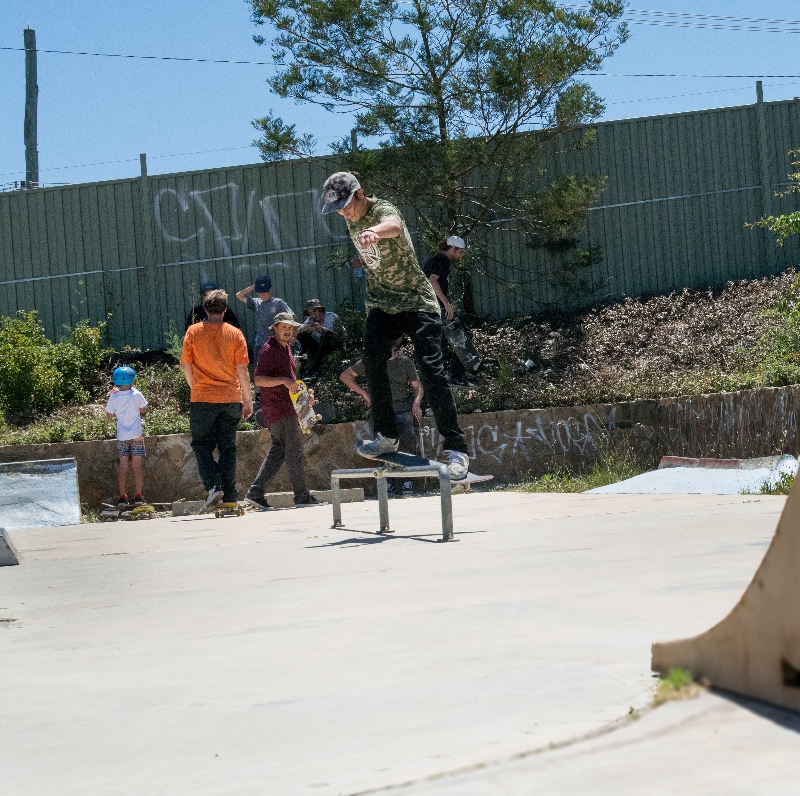 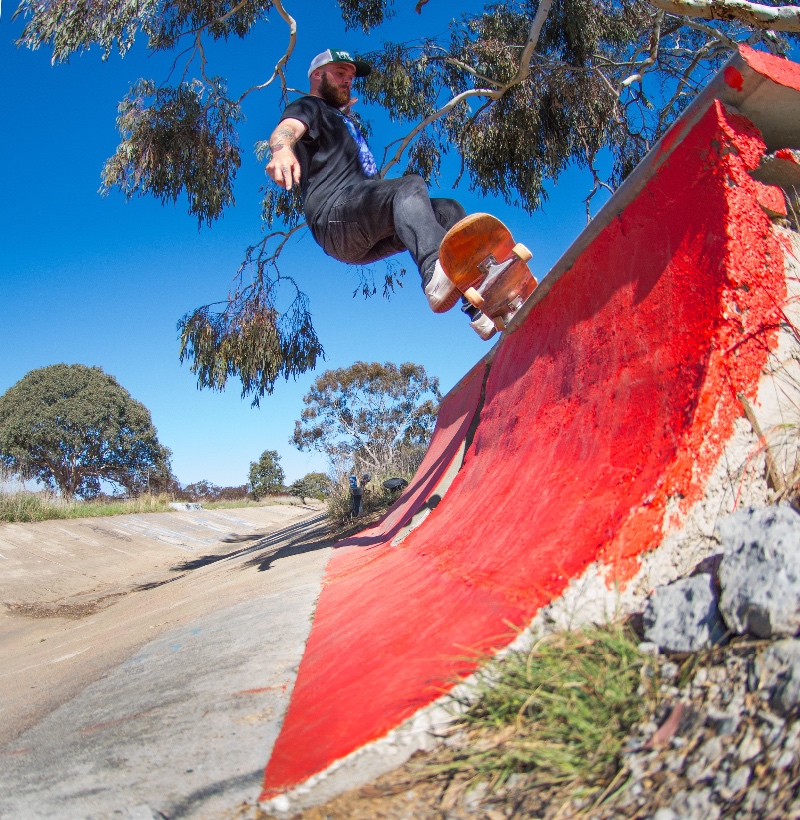 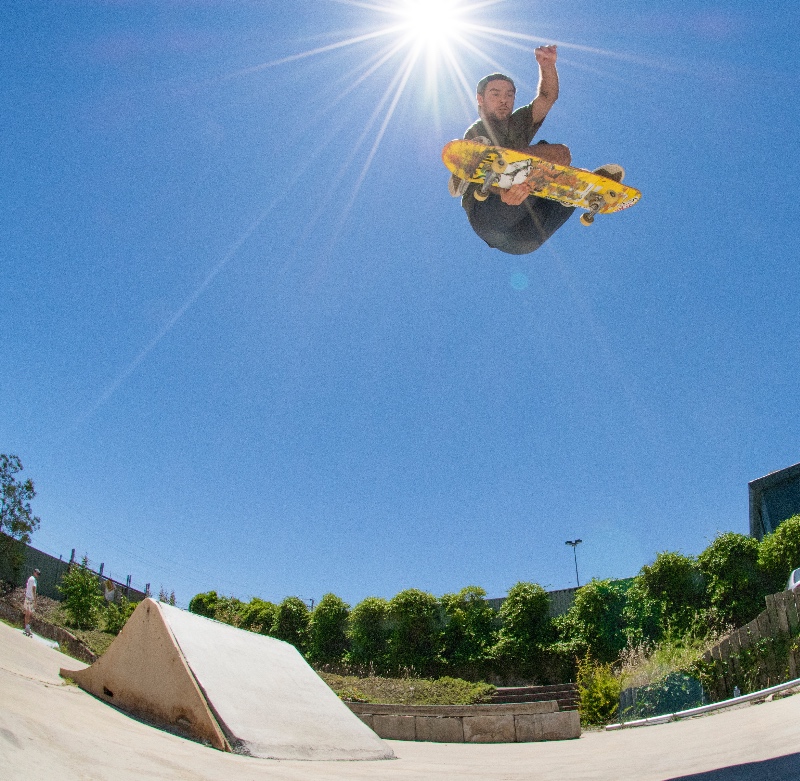