FORUM > SKATE > SLAUGHTER IN THE PARK

Slaughter in the Park 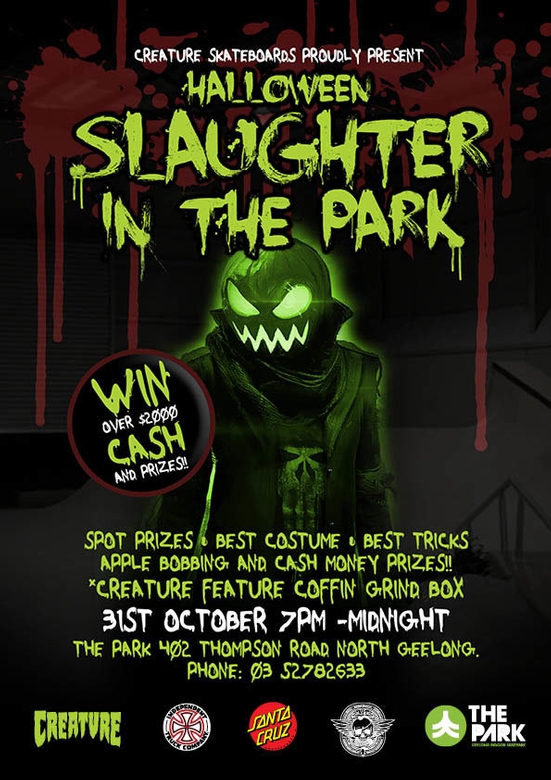 is there entry fee? cause they have that other comp and you gotta pay?

Hay Tommy, it is the same as a regular session at The Park $12

cheers VB Tom your the man!

we will drop off 9:40pm and 10:40pm at North Geelong to get the train home.
comment below and let us know if you want to be picked up

Box looks sick! I want to see Cameron Stanley do some sort of benihana variation on it.

Looks rad. Have a good one, at least it won't get bloody rained out again!

Fuck that's dope that you guys are picking up/dropping people at the station. Good shit.

Coffin box on the vert ramp ready for Slaughter In The Park tomorrow night 7pm onwards, don't forget to dress up to win prizes.

sick turn-out, heres flaz getting in duncombes grill i think a couple of other photos should be up on the park facebook

Here are a few shots from last night, it was heaps of fun "Duffman"