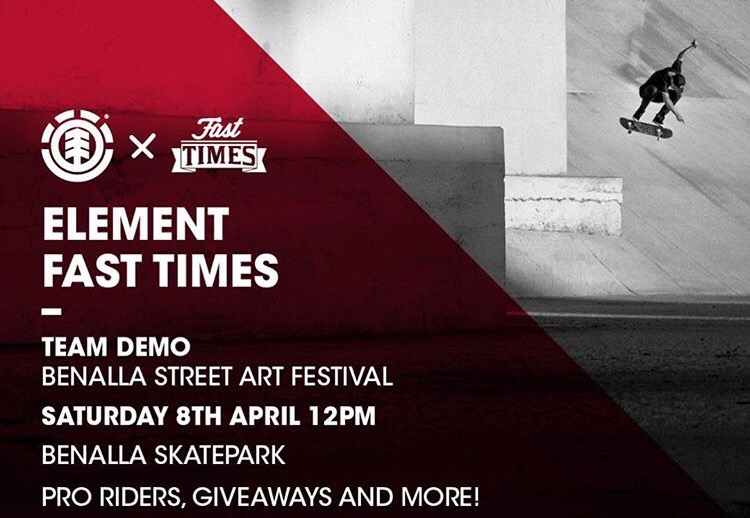 The Benalla Wall to Wall Street Art Festival is an annual event that seals Benalla as the Street Art Capital of Australia. Situated 2 hours north of Melbourne on the Broken River in the High Country of NE Victoria, Benalla is a small rural city of 14,000 people. On Saturday the 8th of April, Element teamed up with Fast Times to put on a skate demo for the town and festival with Anthony Mapstone on the mic. The park was covered in artwork with artists including friend of the brand Loretta Lizzio painting murals around the park while the team were jamming out. There were lots of Element and Fast Times product tosses to make sure the people went home with smiles on their faces. If you weren’t there sit back and watch the clip, have a flick through the photos and soak up the good Benalla vibes.