A LAST-MINUTE safety audit has indefinitely delayed Greater Dandenong Council’s keenly anticipated opening of a cutting-edge skate park in Noble Park.
The $1-million-plus Ross Reserve skate park had been expected to open this month until concerns were raised last month about its cavernous vertical bowl.
Last month, councillor Peter Brown insisted that the council launch an independent safety audit after inspecting what he described as a “massive” and “unprotected” six or seven metre drop into the bowl.
“It will not be long before we have a dead body to deal with,” he warned council officers and councillors in an email.
Cr Brown said last week that some treated his warnings as “alarmist” but there was “an obligation” on the council to restrict access to the bowl.
“You don’t have a high tower dive at a pool unattended by life guards. It’s the equivalent of that – except there’s no water, just concrete.”
He said the council – which had completed an internal safety audit – would also launch a peer review and a safety assessment by Victoria Police to deter crimes such as graffiti.
“I support the skate park but we as a council must establish the highest safety benchmarks for this facility.
“I don’t know how long it takes but it won’t be open until (the) council is satisfied.”
Greater Dandenong council had described the park’s unique range of elements including a snake run and street course as suitable for pre-teens to over-40s as well as skaters, BMX and scooter riders.
The council’s engineering services director Julie Reid said the depth of the skate park would be less than 3.5 metres.
“The works are in still progress and the final project cost and date of opening are yet to be confirmed.
“All safety precautions will be taken so far as reasonably practicable for a facility of this nature.”
The skate park, co-designed by specialist skate park creator Baseplate and skater legend Jon McGrath, is nevertheless anticipated to be a hit.
Skateboarding Victoria president Bernie Griffiths predicted the skate park would be one of the most popular in the country, attracting skaters from interstate and overseas.
“It’s because it’s got Jon McGrath’s name on it and there’s an enormous range of opportunities to have fun.
“The design is right. It has the challenges that skaters are seeking and rivals St Kilda’s park – some of the snake run and bowl features are probably better than St Kilda.”
Vice-president Nick Buskens said vertical bowls were designed for “high-end” professional skaters and spectacular competitions, though the overall park catered for all abilities.
Last month, an unhelmeted 17-year-old boy died from a head injury at a Tasmanian skate ramp but casualties were uncommon, Mr Buskens said.

what a fucking emo

Hundreds of people die in car accidents every year - should close those roads.

Driving cars requires an age check, roadworthy vehicle and a drivers license. Not sure if that comment is helping Drew. There would end up police standing at the fenced off bowl checking licenses and bearing integrity if they used your argument.

Personally, I think it's pretty fucking stupid putting a giant bowl that only semi pro vert skaters can enjoy in a park. The only benefit I can see is the whole 'contest spectacle' thing like bowlarama but they can always do like Manly and put up a temp one for that weekend if needed.

You can make a fun bowl without it being stupidly big. It's just another case of washed up old cunt skaters designing parks for themselves.

Safety risk assessment normal occurs at the design stage not weeks before opening the park.
This guy it posing for a newspaper thinking it's making him look like he's serving the community well, but at the end if the day there was a big ticket item coming out of his budget and he didn't even have anyone look at the designs before they poured the concrete.

Honestly he is right, it's a major safety issue, the area should be well lit by flood lights 24 hours a day.

Or you could just build a pool fence around the whole park..

It'll be sweet, just a self important council-man shaking his fist at the kids. Throw a little fence/barrier around the platform like Bondi, cut the ribbon and give yourself a pat on the back Mr. Brown.

250-300 people drown in Australia every year. Should ban swimming.

You can see the fence in the background, it's a storm in a teacup. Old mate is just making an arse of himself

shutdown I don't understand how having a big bowl is stupid? How are you meant to learn how to skate these things if they're not there?
And if you don't want to skate it, then go skate one of the many parks that are in the Melbourne area.
Atleast you've got a choice.

If he's really worried about someone hurting themselves in that bowl the solution is simple, don't allow scooters to use it...

So it's finished and we can't skate it?
How big is the bowl actually? Is it bigger than the other bowls in Victoria?
No dead bodies in Frankston bowl, even with junkies fighting on the platform...

Shutdown, these photos were taken of Australian skateboarding legend Johnny Mcgrath, decades apart. The photo at the park is when he is 50. He is designer of the park (with Darren White) Show some fucken respect and pull your head in. The parks trannies are 4ft and up. Not everyone wants to do noseslides on a gutter.

Who the fuck is washed? 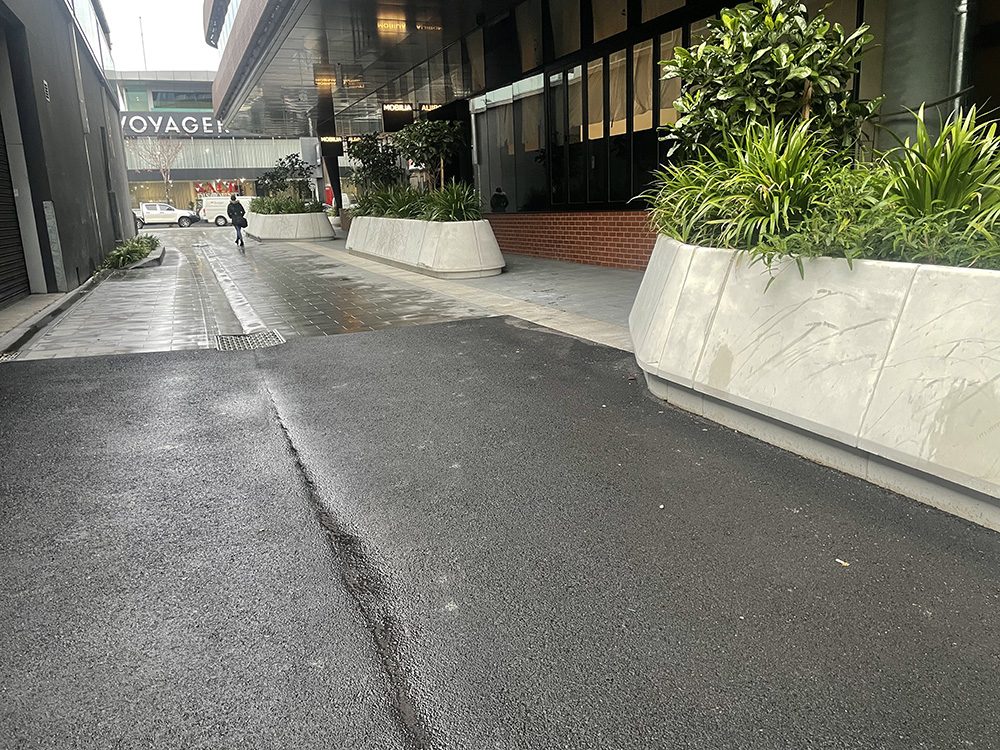